In 2010, the U.S. Federal Aviation Administration tells the story of how Santa Claus uses Santa’s sleigh (known as "Santa One") in conjunction with NextGen.

This year (2010) Santa is going to deliver his presents faster than ever before. The FAA has certified Santa's new sleigh, Santa One, for takeoff on Christmas Eve. As Santa makes his way around the globe, he'll be landing on the rooftops using new techniques and technologies we've developed.

The new sleigh comes with NextGen equipment that shows air traffic controllers Santa's position more precisely. The controllers can now direct Santa to all those houses much faster. That means more time for Santa to stay and enjoy some milk and cookies.

In the past, Santa's sleigh had to "step down" while landing, kind of like going down stairs. But when air traffic controllers working the North Pole clear Santa One for landing now, Santa will be gliding down onto rooftops. This will be faster, save fuel and guarantee that presents are delivered up to 53 percent faster than in previous years.

Next year (2011), Santa will be even faster, and the year after that (2012), faster still. That's because Santa is employing NextGen techniques and technologies that the FAA is building to help planes get to their destinations quicker than ever before. That means Santa will be back home to the North Pole in no time, working with his elves on next year's Christmas. 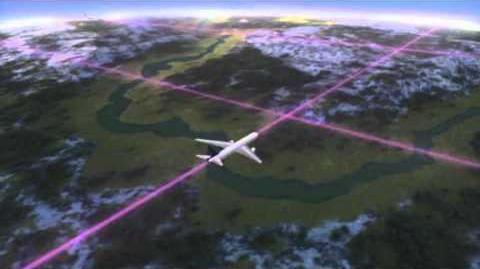 "With NextGen, we're safer, we're more efficient, and we're a whole lot more green than we are right now. Pick any one of those, and the business case for NextGen stands on its own. All three together are a slam dunk."

"This is a time of innovation and new ideas. It's a time to look at what we do and how we do it and find ways to work smarter and become more efficient."

Last year (2010) we (U.S. Federal Aviation Administration) showed you some of the benefits that Santa is getting from NextGen technology.

This year (2011) we're (U.S. Federal Aviation Administration) going to show you even more how his NextGen-equipped sleigh, Santa One, is helping Santa deliver more presents across the world.

You will also find educational puzzles (for elementary and middle school students), a link to track Santa (at NORAD) and Santa's approved flight plan.

According to the FAA news release of December 22, 2011, NextGen technology available at that time had these benefits: Cite error: Invalid <ref> tag; invalid names, e.g. too many

“The satellite-based technology the elves have installed on Santa One will ensure that Santa stays safe and reaches all of his rooftops on time,” said United States Department of Transportation Ray LaHood. “As a result of this improved technology, Santa will be able to deliver more presents to more children around the world.”

Santa One, which will cruise at an altitude of 50,000 feet – far higher than commercial aircraft – will be able to fly faster, more efficient routes from cruising altitude to rooftops.

Special, gumdrop-enhanced avionics installed in Rudolph’s red nose will make it 10 times brighter, allowing the elves to track Santa One even during the type of heavy snowfall expected this Christmas. Elves in an air traffic control tower on the top of the North Pole will keep Santa One safely separated from other aircraft using Candy Cane Satellite Surveillance-Broadcast, an enhancement of the FAA’s satellite-based system called Automatic Dependent Surveillance-Broadcast.

The faster routes are much better for the environment because the team of nine reindeer will consume fewer carrots this Christmas Eve. In the past, each of the nine reindeer has consumed an average of 24 pounds of carrots per hour during the 10-hour voyage, with Rudolph consuming 28 to 30 pounds. The improved efficiency means reindeer will consume 1,080 fewer pounds of carrots this year. The trickle-down effect is expected to benefit the Easter Bunny.

The expected increase in present delivery has also improved the economy at the North Pole, since more elves are needed to make the gifts. The upward trend in gift-giving has, in turn, driven up hiring by 50 percent.

The Santa One Story

The Santa One Story - Introduction

How NextGen technology helps Santa's sleigh, the Santa One, navigate the skies.

Getting from house to house faster means reindeer don't need to be fed as much !

The Santa One Story - Conclusion

Links to Next Gen - NORAD Tracks Santa - Santa One Education

The Santa One Story: Questions for Students

We Build Our Future Video 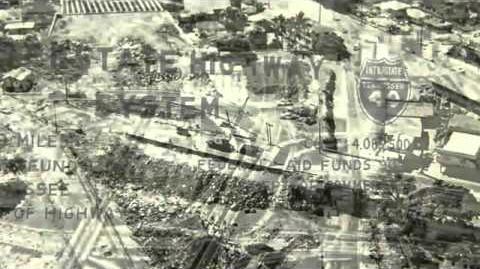 FAA We Build Our Future Video.

A Very Next Gen Christmas Video 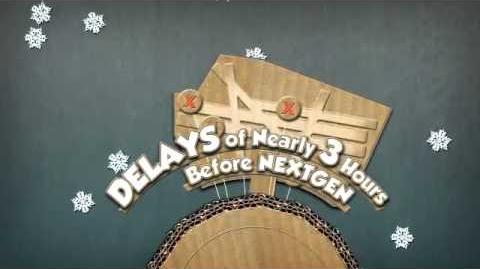 Retrieved from "https://noradsanta.fandom.com/wiki/FAA_and_Santa’s_Sleigh_-_Santa_One?oldid=9410"
Community content is available under CC-BY-SA unless otherwise noted.